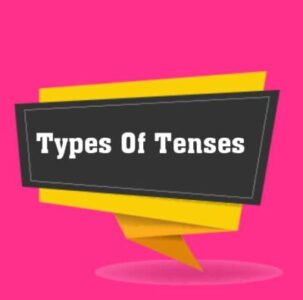 Today we have-12 Types of Tenses with Examples and Formula or structure . I hope , This article are helpful your Quires or question about tenses-Grammar

Ex.-(i) The English attack the Country and rule over it.
(ii) Othello comes forward and holds Desdemona by the neck.

(a) In simple present form the first form of verb is generally used.

(b) In case of a subject being third person singular number, s/es is
added to verb (v + s/es).

(c) In negative transformations do not/does not is used.

Types of Tenses with Examples and Formula-chart

1.This form of tense suggests that the action is actually happening or in
progress at the moment.

This is therefore the real present.

Structure-Subject + is/am/are + (verb + ing)
2. In negative form ‘not’ is used after helping/auxiliary verb is/am/are.
3. In interrogative sentences, helping verb is/am/are is put in the beginning.
Ex.-Shubham is sleeping in the room.

Negative : Shubham is not sleeping in the room.
Interrogative : Is Shubham sleeping in the room ?
2.It is also used to describe an action that is in progress and will be continued but not necessarily going on at the time of speaking.
Ex.-The college authorities are constructing a new hostel.
3.It is sometimes used to express one’s plans to take place in the near future
Ex.-(i) He is visiting the town tomorrow.
(ii) I am meeting the Chief Minister tomorrow morning.

6.When some of the verbs listed above are used in the present continuous form,
their meanings change.

Ex-(i) (a) I see a temple on that hill.
(b) I am seeing the principal at 3 P.M. (visiting)
(ii) (a) I think the committee will reject his appeal.
(b) He is thinking seriously of resigning. (considering)

12 Types of Tenses with Examples and Formula-chart

This tense expresses actions and events completed in the past.
But what said has a current relevance, some link with the present.

Structure Subject + has/have + third form of verb
(i) Has’ is used only in case of third person singular number subject.

(ii) In negative form not’ is used after has/have.

(iii) In interrogative form has/have is used in the beginning of a
sentence,

Ex.- I have finished my work.
Negative : He has not finished his work.
Interrogative : Have they done their work ?

Present perfect is used
1.To express an experience in the past.
Ex.-(i) I have seen the Taj Mahal.
(ii) They have eaten Chinese food.

3.To express an action completed in the past but with current relevance.
Ex.-He has found a job.

Ex.-Everyday he went for a walk.

3.To express events that occurred at a particular time in the past.
Ex.—My father left for Delhi yesterday.

(b) Past Continuous Tense –

This tense expresses an action in progress in the past.

1, An action in progress at a point of time in the past.

2.An action in progress over a period of time in the past.
Ex.-(i) What were you doing yesterday evening ?
(ii) I was writing letters.

3.A continuing action at the same point of time in the past when another
action took place.
Ex.-(i) The train was crossing the bridge when the bridge broke down
(ii) I was reading a newspaper when the peon knocked at the door
4.When two or more actions are going on at the same time conjunction
while’ is used.

(i) While some boys were reading in the library, some others were
playing outside.
(ii) While Rome was burning, Nero was fiddling.
5.Adverbs used with the past progressive tense are
always, continually, constantly, forever.
Ex.-(i) She was always scolding her children.
(ii) The children were constantly asking for sweets.

Past perfect tense describes an action completed before some special past
moment.

Structure—Subject + had + verb in third form.
Ex.-The train had left before we reached the station.

Ex.-—The train had left when we reached the station.

When from a point of time in the past, we look backward at an event
that happened earlier in the past.
Ex.-At nine o’clock the plane had left.
Actions or events in the past which denote causes or reasons for later actions in the past.
Ex.–I didn’t know the man because I had not seen him before.

For an unfulfilled wish or condition in the past.
Ex.-(i) I wish I had accepted the job.
(ii) If only the letter had arrived in time.

When two simple past might give the impression that the two actions happened at the same time.
Ex.-When he had made his speech he sat down.

Structure-Subject + had + been + (verb + ing)
It expresses an action or event that had begun before and was
going on up to a given point of time in the past.

Ex.-(i) The telephone had been ringing for five minutes but there was no one to attend it.
Note-This tense bears the same relation to past perfect as the
present perfect continuous bears to the present perfect.

(a) Future Simple or Future Indefinite Tense
Generally simple future tense is expressed by using will/shall.
The sentences structure is-

Ex-(i) I am going to buy a bicycle.
(ii) If he doesn’t apologies, I am not going to excuse him.

4.To express an event which is likely to happen shortly about to + verb is used
Ex-The train is about to leave.
5.Be + to + the first form of verb is also used to express a duty or necessity or planned course of action in the future.

Structure-shall/will + be + (verb + ing).
This tense is used to express

The actions that will be in progress at a given point of time in future.
Ex-When I reach Simla, it will be snowing there.

(ii) statement is a matter of routine and the (i) statement
is a deliberate intention.

Types of Tenses with Examples and Formula-chart

(c) Future Perfect Tense-Types of Tenses with Examples and Formula

Structure-shall/will + have + verb (past participle form).
It is used to express
1.An action which is expected to be completed by a certain time in the future.
Ex-I shall have finished this book by the middle of next month

Sometimes it is used to express not the future but the speakers belie
Ex.-You will have read about the Wright Brothers,

12 types of tenses with examples and formula